The Walking Zombie 2: Zombie shooter [3.5.12] updated on Thursday April 29, 2021 is the Action for Android developed by Alda Games

Are you ready to join The Walking Zombie 2 game? This is the newest action game. The Walking Zombie 2 is the second part of The Walking Zombie series, owned by Alda Games. The game is built on a new context, revolving around a creature that is a lucky baby who survives in a post-apocalyptic world. This is not new anymore, but the journeys you are about to go through in the game are really interesting! 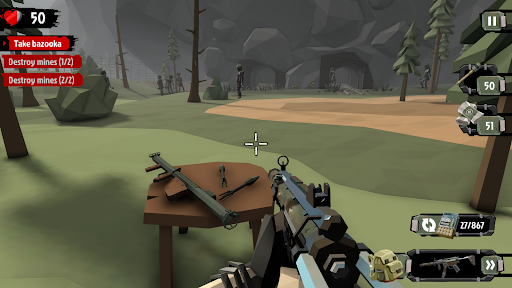 Join The Walking Zombie 2, you will face a series of challenges fighting zombies and mutant monsters. The goal you need to achieve is to defeat all dangers at one level, to unlock it and proceed to the next level. Until the final boss is defeated and the research organization proposes a biological remedy, disabling those infected with the zombie virus, you will complete the game.

Although it is a first-person shooter action game, The Walking Zombie 2 develops content in the direction of survival and role-playing. That means you will meet NPCs and accept their quests. You can interact with NPCs, help and transact with them.

As for the controls, your screen will be divided into two parts: the left part is the button to move, the right part is the button to shoot. You touch the parts of the screen to perform the corresponding action. You do not need to pull the trigger, the character will automatically shoot when the crosshair is directed at objects that you can attack. 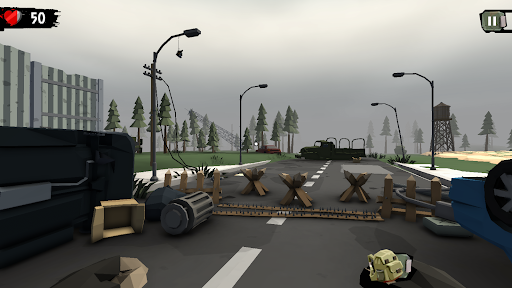 Regarding the weapon system, there are three categories the main weapon, secondary weapon and bomb. We are mainly interested in the main weapon because the character will be using it most of the time. There are many types that you can refer to, from rifles, machine guns and RPG heavy guns. Although not available initially, you can unlock them in the future.

The main weapon can be upgraded with 6 stats, including Damage, Attack Speed, Magazine Size, Reload Time, Critical Damage, and Spread. And this is also something you need to care about because the difficulty of The Walking Zombie 2 is constantly increasing, even with the appearance of giant bosses. 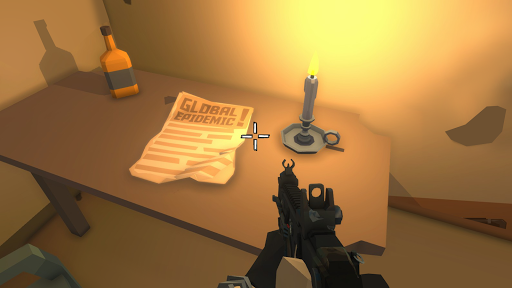 The Walking Zombie 2 designed a very detailed character equipment system. As can be seen, the character has costumes, healing items and weapon systems.

In terms of clothing, you can find hats, shoes, and clothes in the store. They don’t enhance the character’s combat abilities, but give him a cooler appearance.

• Dozens of stories and side quests

• Many weapons, protective gear and other equipment – become your own survival squad

• Optional crafting and building in open world part of the game

• You can complete optional missions for zombie hunter Ace

• Cars and trucks – it’s faster than walking and you can store additional loot from the dead in trunk! 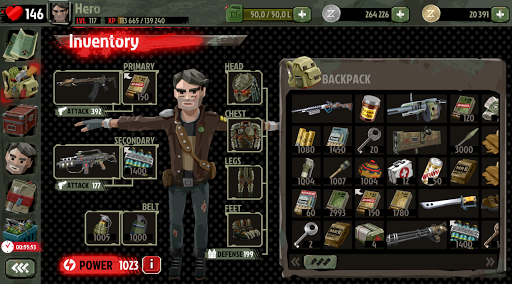 However, if you’re bothered by the in-game purchases and would like to do something about it, then our mod version of this game would certainly satisfy you. To have it installed on your devices, just download the Mod Money APK file on your storage. Follow our instructions and you can easily install the game.

Unlimited Money: There are two main currencies in The Walking Zombie 2, including gold and silver. We have edited the original game file, giving you a lot of money.

• The third and final part of the Northtown and main story

• Added side quests for City of Sun and Springfield

• Ton of bugfixes and tweaks